This is the Cup of Coffee 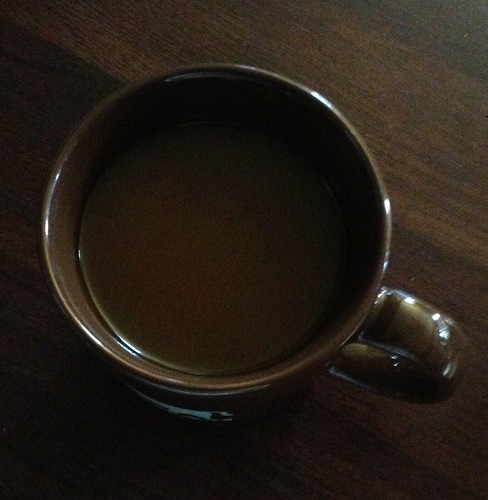 This is the cup of coffee I was making earlier this week when Melissa gave me a thumbs-up while she talked on the phone to a woman in Pennsylvania who had just finished telling Melissa that yes, indeed, after 10 weeks or three years of waiting depending on how you count, a 29-year-old woman who's due to give birth in Iowa at the beginning of February has decided that Melissa and I should be so lucky as to get to be her baby girl's forever family.

Most people get to post ultrasound pictures on Twitter at moments like these, but for now this will suffice to remind me of the moment I found out I would get to be a mom. My head is spinning, and while on the one hand it's a little difficult to fathom that this is all just 10 weeks away, on the other hand I'm counting down the days.

Our adoption will be an open one; the meaning of "open" varies widely, but in our case it means we talked to the birth mother before she chose us, we'll be meeting her in a few weeks, we'll do our very best to be in Iowa for the delivery, and we'll stay in touch with letters and pictures afterwards. Melissa and I are grateful that we'll be able to adopt as a couple, though we are saddened that we have to adopt outside of our home state of North Carolina in order to do so. It's important to us that our child have both of us as her legal parents, and I don't hesitate to say that it's downright shitty that we have to jump through significant legal and financial hoops -- and stay in a hotel in Iowa with a newborn for an unknown number of days -- to make it so. It is what it is, and good people are working and voting to make it better, and it can't happen fast enough.

I've learned a lot about adoption these past few months, and I know a lot of people have a lot of questions, some of which they're reluctant to ask. If you're interested in learning more, I highly recommend In On It: What Adoptive Parents Would Like You to Know About Adoption. You're also welcome to ask me questions if you see me in real life or on the internets -- I can't promise I'll know the answers, but I promise to do my best.

In the meantime, wish us luck :)